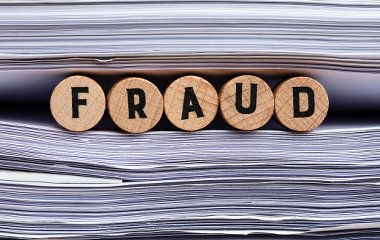 Academics say the practice of ordering and paying for ready-made theses is growing among students at all levels in Algeria, but such fears are not being taken seriously by the Ministry of Higher Education and Scientific Research.

Last month, the national coordinator of the National Council of Higher Education Teachers (CNES), Abdelhafid Milat, claimed on his Facebook page that a private institution in Algeria was selling its thesis-writing services to students at all levels, including masters and PhD levels.

He alleged that the student needed only specify the title and discipline and pay a specific amount in advance (not less than half of the total fee) in order to commission a thesis.

He said the amount of money being requested by the “institution” ranged between DZD50,000 (US$420) and DZD200,000 (US$1,670) depending on quality of service, educational level, and the period of time taken to deliver the requested thesis.

Ministry response
However, on approaching the Ministry of Higher Education and Scientific Research, University World News was told via FB Messenger that “there is no such thing possible in a country like Algeria".

According to Charif Benboulaid from the general inspectorate of pedagogy at the Algerian Ministry for Higher Education and Scientific Research, the matter has been “over-exaggerated by the media for selling purposes".

"To the best of my knowledge, I think this has been done to support students who are not computer literate and help them digitise their written research," he said.

For their part, academics are concerned and feel the issue is not being addressed.

Algerian Mathematics Professor Sadallah Boubaker-Khaled from École Normale Supérieure in Algiers, told University World News that cheating in university transcripts in Algeria “is spreading more and more because it did not find a deterrent". "We have not heard of anyone being punished for such heinous acts apart from some reports in the media and then the case is quickly forgotten or shelved,” Boubaker-Khaled said.

Hana Saada, a doctoral student at the University of Algiers Benyoucef Benkhedda, told University World News she thought the practice of ordering theses had spread following the introduction of anti-plagiarism software.

“Lazy students can no longer copy and paste another student’s work, so the perfect solution is to resort to this illegal practice," said Saada who is a former researcher at the Higher Arab Institute for Translation, an Algiers-based academic body of the League of Arab States.

But the practice was fundamentally unethical, she said.

"When you place your name on top of a thesis you claim that everything in that work is yours, whether you have paid for it or not, [so this] is considered as an academic fraud and an unethical behaviour.”

She said the researchers employed by the company to do the actual work should be “punished severely and their theses revoked".

"For their part, the Ministry of Higher Education, universities and institutes must enact rules and introduce severe punishment, including the revocation of the grade, to nip this unethical practice in the bud," Saada said.

"In addition, teachers must give students oral examinations and if the student is unfamiliar with the content of the thesis, he or she must be punished," she added.

"Academic integrity must be taught to students and awareness among academics serving as ghost writers should be enhanced, along with disciplinary actions for anyone participating in this immoral practice of purchasing tailor-made reports, assignments and theses," he said.

Boubaker-Khaled said in his view the solution was to get countries and their authorities to cooperate with each other so that there could be “decisive denunciations and global defamation” of anyone who allows themselves to cheat in this way.