Towards new ways of becoming and being international 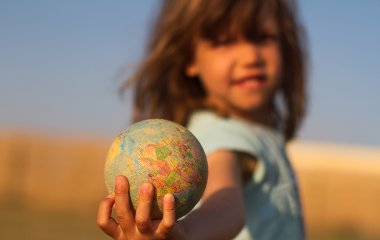 At the same time, both surveys make some interesting observations that challenge its direction. Ross Hudson, Anna-Malin Sandström and Laura E Rumbley, the researchers analysing the EAIE Barometer, note that, where an institution’s primary rationale is increasing the quality of research or education, there is more optimism about the future of internationalization among staff than in institutions reporting financial gains as the primary goal. .

And Giorgio Marinoni and Hans de Wit conclude from the IAU Survey that while internationalisation is now firmly embedded in strategy documents in the majority of higher education institutions across the world, when it comes to financial resources, monitoring and evaluation of impact, there is need for improvement. .

To answer these questions we briefly review the past, consider the present and look to the future..

In her 2014 book International Education Hubs, Knight acknowledged that a weakness of her 2003 definition was that “traditional values associated with internationalisation such as partnerships, collaboration, mutual benefit and exchange are not articulated – only assumed”. .

The 2015 ‘updated’ definition of internationalisation, which built on Knight’s 2003 definition, articulates these traditional values in two ways. First, the addition of the word ‘intentional’ highlights that the process must be carefully planned and strategically focused. Second, the addition of ‘in order to enhance the quality of education and research for all students and staff and to make a meaningful contribution to society’ clarifies the underpinning values. .

These additions provide a more prescriptive and normative direction to internationalisation than the 2003 definition, the openness of which resulted in myths and misconceptions. .

Outward-looking.
The updated definition, developed as a result of an extensive Delphi study across all regions of the world, signifies a shift from a predominantly institutional focus for internationalisation to a more outward-looking purpose. .

It answers calls for new approaches to international education that support transformative outcomes of human solidarity across cultures and inequities, to counteract, or at least push back against, monocultural hegemonic worldviews. .

It is consistent with the views of scholars such as Christina Escrigas and others, that in the next stage in the evolution of universities, they will work together towards the creation of dynamic and sustainable global communities, focused as much on human values as on the pursuit of material advantage. Internationalisation clearly has a crucial part to play in this transition..

As a common good, higher education is both influenced by and contributes to social solidarity and equality. .

Fazal Rizvi, professor of global studies in education at the University of Melbourne, Australia, argues that universities should create spaces for students to explore the contours of global interconnectivity and interdependence and link local practices of cultural exchange to the broader processes of globalisation. .

US philosopher Martha Nussbaum suggests that it is irresponsible to bury our heads in the sand, ignoring the many ways in which we all influence, every day, the lives of distant people. .

In theory the added value of internationalisation to higher education as a global common good is substantial – the creation of a better world for all through knowledge creation, sharing and the circulation of talent, the promotion of cultural diversity and fostering intercultural understanding and respect. .

Approaches to internationalisation within institutions are still, however, more focused on internal policies and processes than on people and these bigger issues..

Such measures do not demonstrate a commitment to human values, to decreasing inequality locally and globally. They are mostly focused on providing small, and on the whole, elite groups with exclusive opportunities. And while there are examples of universities all over the world that run inclusion programmes designed, for example, to attract non-traditional students to study abroad, they rarely reach more than a small number of students. .

Collectively, are we not perpetuating and even creating new forms of inequality between institutions, nations and social groups through a continued focus on internationalisation strategy and practices focused primarily on a small number of students, an elite group who are mobile, within an elite group who have access to higher education?.

Promising signs?.
Developments in internationalisation of the curriculum at home in the past 15 years, including graduate attributes focused on developing all students’ international and intercultural perspectives and global learning and experience programmes that target all students, indicate some change in focus. Many such programmes are still, however, more noble ambitions than great leaps forward. .

Innovative programmes often wither and die when their key champions move on. The epistemological, pedagogical and ontological shifts required for success are substantial. They include changes to the way programmes are designed, whose knowledge counts in the curriculum and critical pedagogy nurtured by debate about the values faculty think should underpin assessment, teaching and learning. .

Scholars have argued for more than a decade for more cognitive justice in the curriculum, yet there is little evidence that progress is being made. Change of the order required is difficult to achieve and measure and is largely unsupported within institutions..

In a recent blog, we argued, together with Uwe Brandenburg and Elspeth Jones, that higher education institutions need to address international social concerns more directly and systematically within their internationalisation agendas. .

We suggested this might be done through supporting students and staff to apply their knowledge and skills to the benefit of the wider community, at home and abroad, through partnerships and projects based on human values. .

We are gathering examples of projects from around the world. However, they are often on the fringes of institutional agendas, barely visible and frequently driven by individual faculty interests rather than a carefully constructed and supported institutional strategy. They should be central; they deserve more recognition..

Aligning the practice of internationalisation with human values and the common global good requires that we first challenge some of our long-held views about what it is to ‘be international’ as a university, a teacher, a student, a human being. This requires pushing the boundaries of our own and others’ thinking, focusing on people and ensuring that they develop and demonstrate the institution’s espoused human values. .

It also requires new quantitative and qualitative measures. Such measures will seek answers to new questions including: “How are scholars at risk and refugees supported?” and “How many languages are taught and spoken on campus?” .

New qualitative measures will also be needed – of the contributions that faculty and students make to the intercultural construction, exchange and application of knowledge and of the impact that student involvement in intercultural service projects has on their learning..

In summary, to move forward faster we must re-conceptualise success, practise our craft differently and move beyond traditional measures that create inequity and strengthen elitism. .

We will need to find new measures, because what we measure counts. But first individually and collectively we will need to embrace new ways of ‘being’ international, and focus on supporting all students to connect to the world in complicated, rich and subtle ways, accepting that our success will not always be measurable in simple terms. .

In this time of increasing polarisation and nationalism, it is time to push the personal, practical and theoretical boundaries of internationalisation and find new ways of becoming and being international.